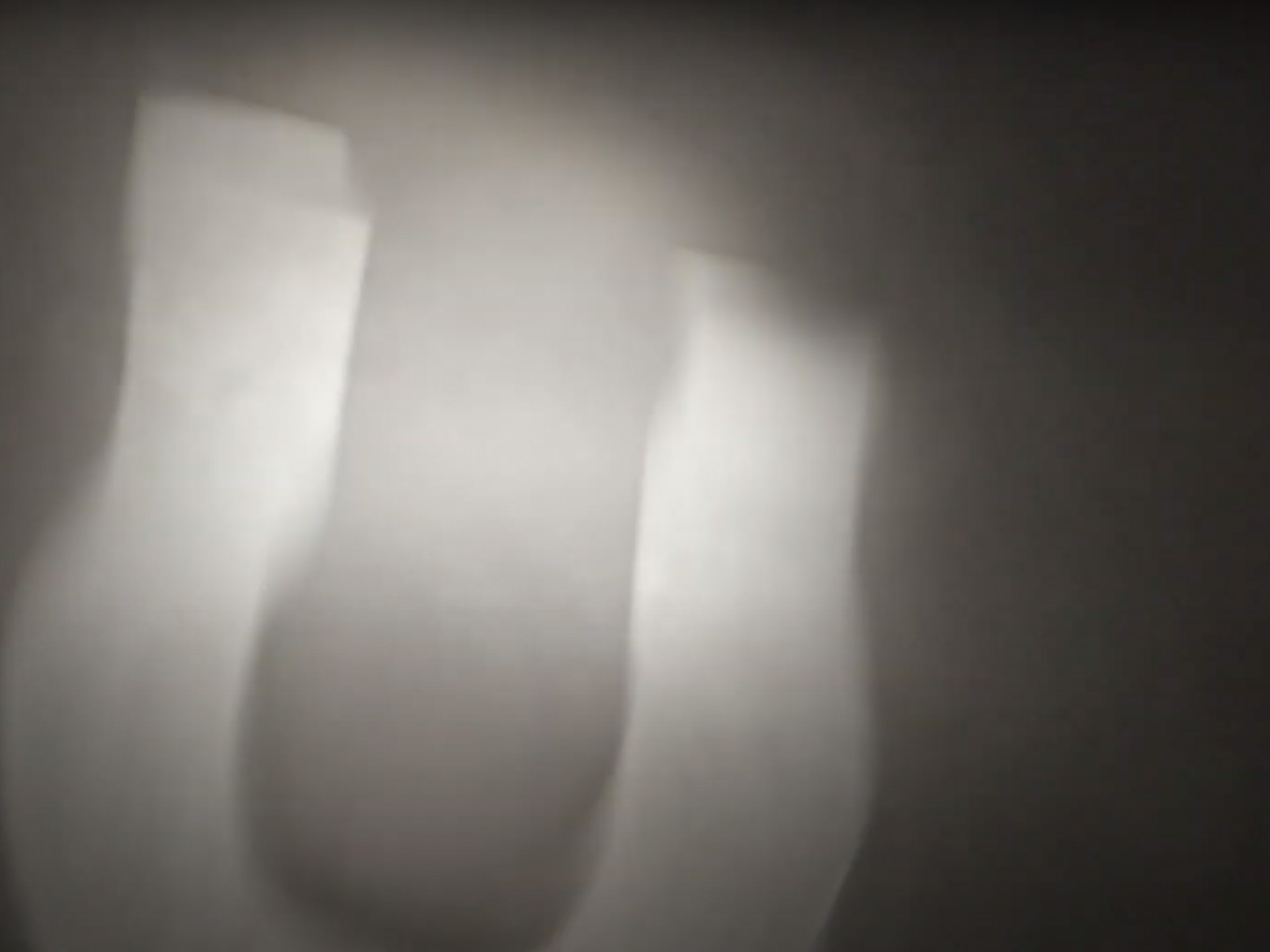 This work was inspired by “U” of Helvetica.
The sound currently represented by the Roman letter U was at one time represented by the letter V, along with other sounds. This letter is further traced back to a hieroglyphic character (quail chick, Egyptian Hieroglyph G043 /U+13171) developed more than 5,000 years ago. From there eventually arose five Roman letters, namely F, V, U, W, and Y. The latest of these Roman alphabets is U, which in mathematics represents the universal set. Helvetica is also the most widely used Roman typeface in the history of mankind, and today it is everywhere in the world, including the corporate logos of Microsoft, 3M, Dole, and Nestle.
This is also a representative typeface in the international typographic style, which is intended to eliminate elements such as regional characteristics and historical backgrounds from the letterforms, and is one of the ultimate forms that mankind has achieved in its pursuit of universality in the letterforms themselves.
The thoroughgoing neutrality of Helvetica’s forms may be the reason why Virgil Abloh, who sought to fuse the boundaries between his own blackness and the whiteness that dominates the world of high fashion, chose it for the corporate logo of his own brand Off-White, which stands for neutrality, a color between black and white. In the meantime, letters were invented by contemporary humans as a means of communicating ideas. Letters, which have become vehicles of ideas, have brought boundaries to human society in the creation of countless concepts, thereby increasing the resolution of the world by eliminating as much ambiguity as possible from the vision of the world. We live in such a civilization.
And the way it is resulted from a history of continued selections made by our ancestors over a period of more than 5,000 years. However, in consequence of the human race’s efforts to promote the segmentation of the world, our civilization has become intolerant of the existence of ambiguity. The very fact that we must continue to advocate the importance of diversity is proof of the negative aspects of its excessive segmentation. We humans must establish the value of coexistence with ambiguity in our future civilization.
The ambiguity that U may sometimes be V, F, W, or even Y. From this new concept of ambiguity, something that is neither U, V, F, W, nor Y will be created. In this work, Helvetica’s off-white U is reflected in the water by the light, and is shaped only by the ripples on the water. What makes U is not U itself, but the interaction created by something that can become U and its surrounding environment. The Neither Black Nor White Yet Both realm that Virgil Abloh once pursued, on the other hand, was premised on the dual nature of two archetypes, blackness and whiteness.
I take these ideas of Virgil Abloh further and argue that the essence of all things is ambiguity itself, and the fact that something appears to be “something” simply represents the existence of an environment that makes it appear to be “something” and subjects who see it as “something”. It is a thought that unlocks more possibilities in this world. The pursuit of a civilization like the moon, which changes its form in various ways in response to the sunlight, from a civilization as unambiguous as the sun, which shines by itself.

Dialogue with the figurative
painting sculpture 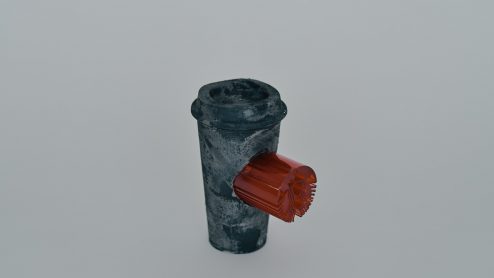 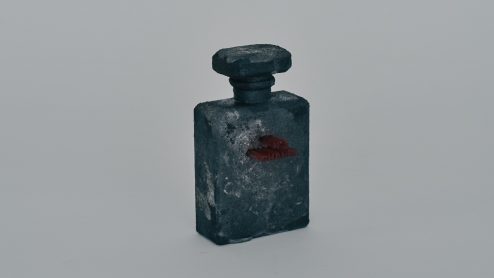 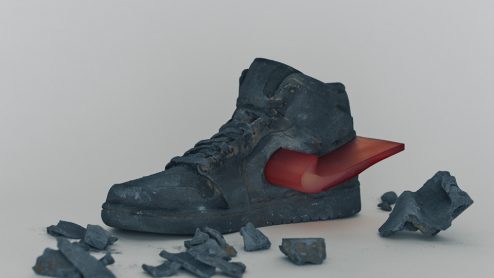 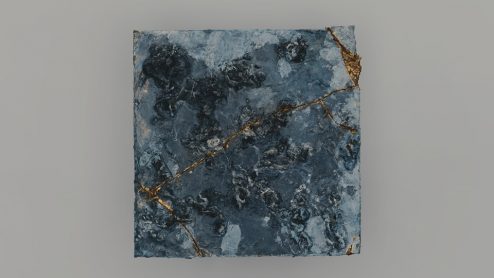 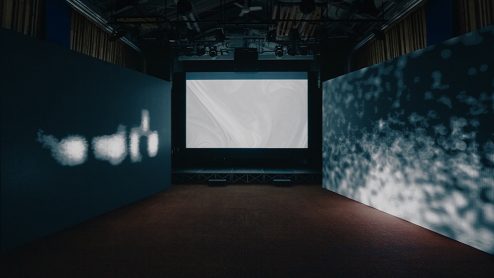 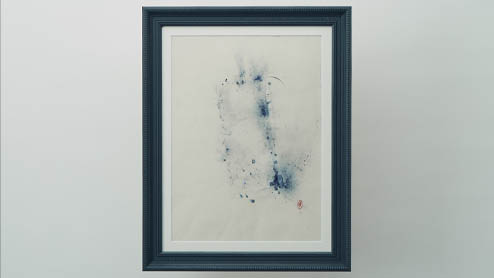 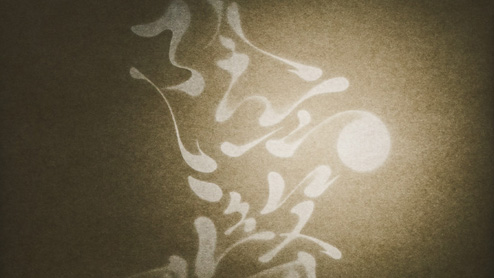 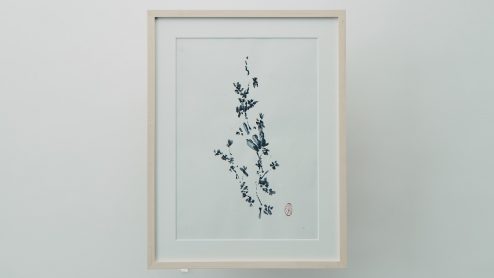 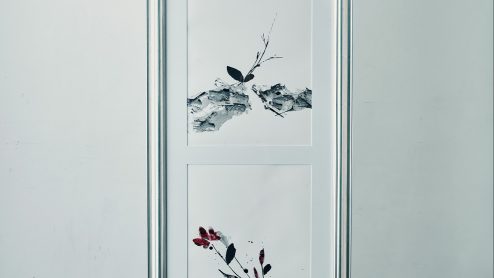 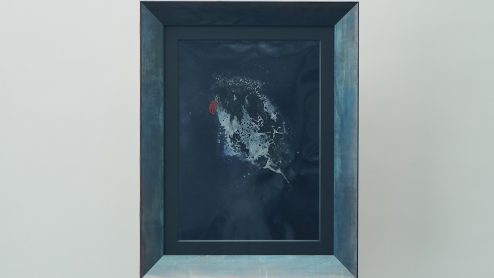 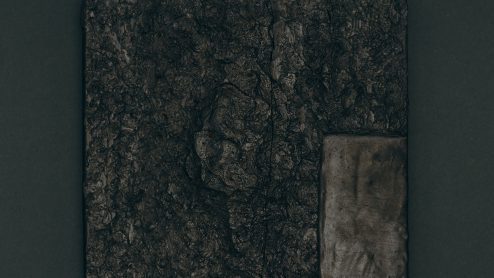